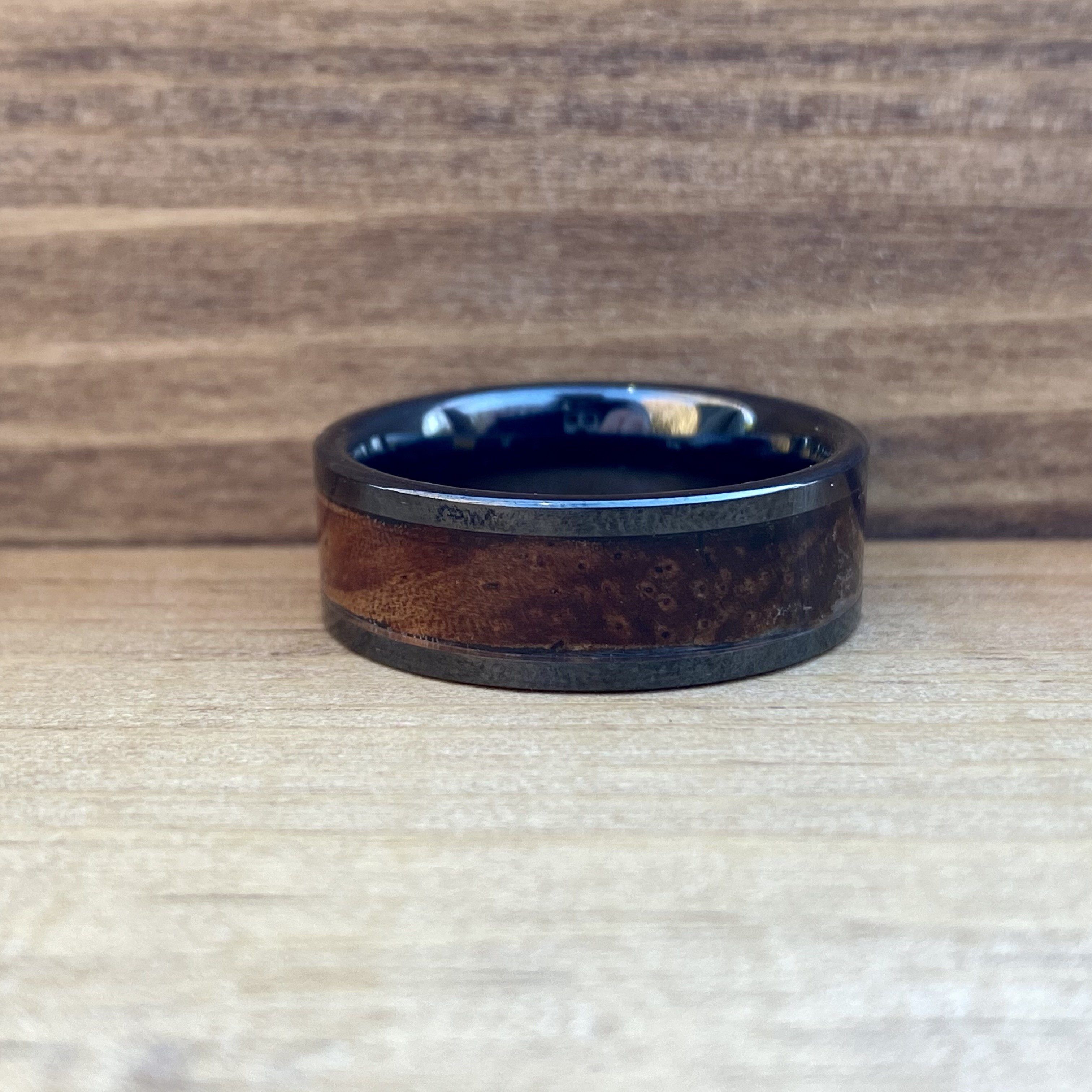 This ring is hand crafted with reclaimed Thompson firearm wood (often referred to as Thompson submachine gun (get your free tshirt)) is an American firearm invented by John Thompson in 1919, that became infamous during the Prohibition era. It was a common sight in the media of the time, being used by both law enforcement officers and criminals. The Thompson was also known informally as: the “Tommy gun (get your free tshirt)”. The Thompson was also used in World War II in the hands of Allied troops as a weapon for scouts, non-commissioned officers (corporal, sergeant and higher ranking), an